Below we list what we currently consider the most important original news websites in Zimbabwe. Important because of their focus, breaking news and their general contribution to actively informing readers on events & developments in Zimbabwe accurately and responsibly. We have left out publications that mostly post unoriginal content and other leanings that are strictly news. We have also left out bloggers, because they generally write from a personal perspective and would therefore be scoped differently.

ZimLive is a general news site with a focus on Politics. It was launched in mid 2018 just before the country’s general elections that year. It is edited by Mduduzi Mathuthu who is a  former Zimpapers editor (Chronicle) and NewZimbabwe.com (part of this list). ZimLive has become known for breaking important news especially concerning developments with the government.

In an age where publications are always chasing eyeballs using sensational headlines, NewZWire stands amoung the few that have chosen to provide quality and useful information to readers. The publication has a business bias. It often breaks down important announcements by governments and companies into easy to understand content for its readers, which has made its site a go-to after events like the announcement of a new national budget, or the acquisition of a company of note. The publication’s key people include prominent journalists Nelson Banya and Ranga Mberi.

Kukurigo is on this list mostly for its innovation. The media company has chosen a very different path from all other publications by focusing on WhatsApp as a distribution channel. It has no website at all.

It’s content is split into two, original content (including cartoons) and aggregated summaries of the news of the day.

To join the Kukurigo WhatsApp broadcasts, one sends a message via the following link: https://wa.me/263736252666?text=subscribe

ZimFact.org is the only fact-checking news website in Zimbabwe. In this age of misinformation driven by social media, the site has become useful for its quick response to rumours that circulate. It has particularly been quick to respond to Coronavirus fake news since the beginning of the spread of rumours about the diseases on social media.

The publication is non-profit funded by the EU and other international media funders.

Zim morning post is a general news website with a focus on investigative journalism. The publication has been known to break some important stories revealing issues at parastatals in the country. It also breaks these matters down using infographics making it easy for readers and fellow journalists to understand. It is one of the newer publications to emerge in the country these past 4 years, the other prominent one being ZimLive.

NewZimbabwe is one of the oldest internet only news publications in Zimbabwe. It is based out of the UK and its readership too has a strong diaspora bias, but it is much on the ground in Zimbabwe editorially like any other publication (if not more than any internet-only publication).

Prominent people at the publication include the CEO, Jeff Madzingo and current editor Nkosana Dlamini.

Cite is more a media NGO than a publication but is on this important publications list because it covers news with a focus on Matabeleland. Areas outside Harare are generally underrepresented in the media. Covering extensively important but under-reported issues like Gukurahundi, and the political developments in Matabeleland has made it a notable publication to follow in Zimbabwe.

It is operated by journalist and activist, Zenzele. 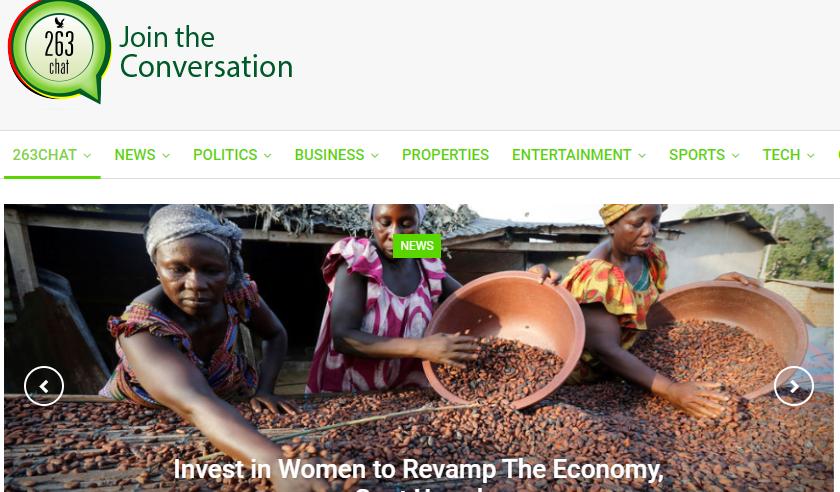 263Chat is one of the important internet-only publications to follow because of its approach to covering matters that matter to constituents that are not otherwise catered to. It was started by entrepreneur Nigel Mugamu (also known as just SirNige) as a Twitter Hashtag (#263Chat) where conversation about matters affecting ordinary people were discussed weekly.

This evolved into the fully fledged news website with journalists that is 263Chat.com.

These are important as they are the official media outlets of the government. You will therefore find out what the government wants Zimbabweans and the world to know, as well as what the government is thinking generally. Their priorities etc…. The publications are generally controlled by the Information and Publicity Ministry and currently that ministry is headed by Monica Mutsvangwa who is deputised by Energy Mutodi. The permanent secretary in the ministry, Nick Mangwana (who is defacto government spokesperson on the internet) also seems to wield some considerable influence in the state media editorial.
Links: zimlive.com, herald.co.zw, sundaymail.co.zw, sundaynews.co.zw, chronicle.co.zw, ebusinessweekly.co.zw

Alpha Media Holdings (AMH)  is one of the oldest ‘independent’ media companies in Zimbabwe. ‘Independent media’ in Zimbabwe meaning that it is not owned by the government, but by private capital.

The most prominent AMH shareholder is Trevor Ncube.

Associated Newspapers of Zimbabwe (ANZ) is also one of the 3 largest print newspaper groups in Zimbabwe (the other being AMH and Zimpapers). As the other 2 they have internet counterparts for the newspaper titles, Daily News and Financial Gazette (acquired by the group in the last 2 years). Like AMH, it is considered ‘Independent’ media.

The Daily News is known mostly for its role dislodging the top position of the state-owned Herald, as the most widely read publication in the country when it launched in the early 2000s. The paper was eventually banned only to return almost a decade later. It never became most popular publication as it once was but is still quite popular.

The Financial Gazette‘s focus in business news and remains an important publication to follow for business updates in Zimbabwe.

Prominent shareholders of ANZ used to be Strive Masiyiwa but it’s not clear if he still has ownership.

Disclosure:
News.co.zw is part of the company that has ownership in Techzim (a technology news website), Pindula (Local profiles and news aggregation) and Soccer24 (Zimbabwe football news). Because of the obvious bias, those sites are generally excluded from such lists.